Next year is likely to be a tumultuous one, as the global economy could sink into a recession. Investing before a downturn can be risky, as there’s the potential for companies to struggle and sales and profits to decline.

However, some businesses are built to weather the storm, and two stocks worth watching heading into 2023 are Curaleaf Holdings (CURLF -1.66%) and Ferrari (RACE 2.03%). These companies could be relatively resilient, even in a softer economy.

The marijuana industry isn’t a popular one to invest in these days, as without federal legal reform there isn’t much to get excited about. Curaleaf’s sales growth has also slowed to the single digits, which is a far cry from where it has been in the past.

While this is concerning, there’s reason to be optimistic for 2023. And that’s because of new recreational marijuana markets in New Jersey and New York, which should help give the company’s sales a boost. Curaleaf has commenced operations in New Jersey this year, and the adult-use market in New York should open up by next year. Plus, Curaleaf has launched international operations that will allow it to take advantage of a growing European cannabis market.

By generating revenue in some new markets where there’s limited competition (for now), Curaleaf should also be able to earn strong margins on those sales, which, in turn, can help improve its bottom line. Currently, the company averages a gross margin of about 50% (before factoring in changes in biological assets). Over the trailing 12 months, the company has incurred a net loss of $127 million on sales of $1.3 billion. Bringing another $200-$300 million in annual sales from some potential large cannabis markets could lead the company into profitability. Although it may not happen next year, with the company’s strong growth prospects and healthy margins, Curaleaf could get to breakeven in the future.

As a result, stronger numbers look likely for Curaleaf next year due to the new and growing markets it’s in right now. And with a price-to-sales multiple of less than four, the stock is trading around the lowest levels it has ever been at.

For growth investors, Curaleaf is an attractive investment — with every new state that legalizes recreational marijuana, that potentially opens up a new opportunity for this dominant multi-state operator, which has a huge presence spanning 22 states.

Ferrari is a top luxury car manufacturer whose high-end vehicles are out of reach for most consumers. The company’s brand is synonymous with racing, as Ferrari also owns a Formula 1 racing team.

Being a luxury brand, Ferrari has an underrated advantage over the big car makers: Its demand doesn’t have to be through the roof. For example, in its most recent period for the quarter ending Sept. 30, the company shipped 3,188 units. By comparison, electric vehicle maker Tesla delivered more than 343,000 vehicles during the same period.

And with Ferrari’s vehicles going for hundreds of thousands of dollars, the company caters to a more affluent clientele, one that may be less impacted by inflation and a potential downturn in the economy. Last quarter, the company’s net revenue was 1.2 billion euros, which was a year-over-year increase of 19%. Net profit of 228 million euros also rose by 10%.

Shares of the company trade at 40 times earnings, which isn’t cheap. But that’s in line with the stock’s five-year average, as, like its cars, Ferrari’s stock has normally commanded a premium. 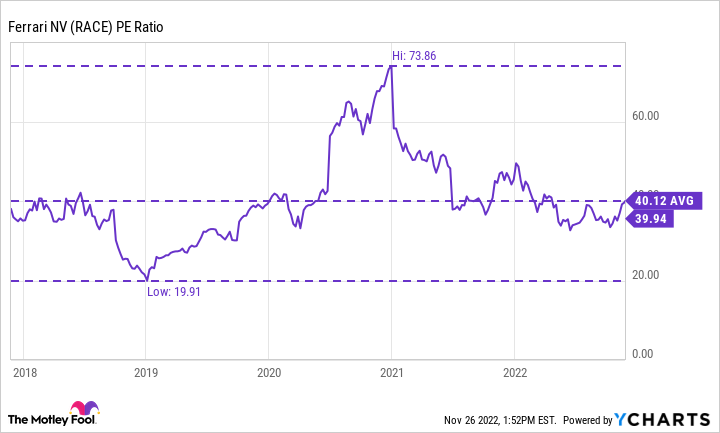 For its stability and potential resiliency amid tougher times in the economy next year, Ferrari could be an underrated growth stock to invest in, and worth paying a premium for.