In what is on average the worst month of the year for the stock market, Wall Street has gotten off to a rocky start this September.

The S&P 500 is down 5.5% over the last month, the Dow is off 4.8%, while the Nasdaq has tumbled almost 9% amid mounting fears over the Federal Reserve’s aggressive rate hike plans to combat the highest inflation in decades.

Investors should brace for further turmoil when U.S CPI is reported and the Federal Reserve holds its policy meeting, at which it is expected to deliver another 75 basis point rate increase.

So, here are three undervalued stocks poised to outperform this month.

Despite fears that the economy is on the verge of a recession, Goldman Sachs (NYSE:GS) shares have held up better than the overall market year-to-date (ytd), falling 14.6% compared to nearly 18% for the S&P 500.

Shares of the New York-based investment bank have run hot in recent weeks, with the stock marking a gain of 17.5% since reaching a mid-July 52-week low of $277.84.

Notwithstanding the recent turnaround, GS stock remains over 23% below its November 2021 peak of $426.16.

The Wall Street powerhouse, which provides consumer banking, investment banking, and wealth management services has a market cap of $106.2 billion.

I think Goldman Sachs is a solid choice to hedge against rising interest rates and further Fed-induced volatility.

Management is also committed to returning capital to shareholders with dividends and stock buybacks.

It recently approved a 25% hike in its quarterly dividend which represents an annualized yield of 3.06%, roughly double the 1.54% implied yield for the S&P.

Goldman remains a favorite on Wall Street, with 29 of 30 analyst ratings collected by Investing.com reflecting a bullish recommendation with roughly 23.3% upside potential. The average fair value on Investing Pro+ implies around 31% upside from current levels. 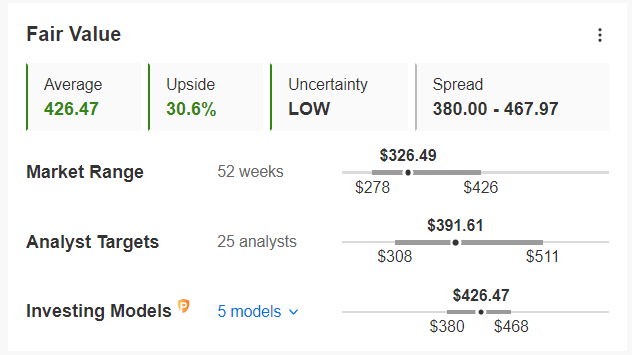 Ford (NYSE:F) has seen its valuation crumble over the past several months, with shares dropping nearly 28% ytd amid a global shortage of semiconductor chips and other supply chain headwinds.

The shares have since staged an impressive rebound as they attempt to bounce back from a year-long selloff and the Detroit-based legacy automaker has a market cap of $60.4 billion.

The automaker’s tremendously low valuation combined with its strong dividend and improving fundamentals make it an attractive option amid the current macro environment.

With a P/E ratio of around 5.0, F stock comes at a substantial discount compared to peers Toyota (NYSE:TM), Honda (NYSE:HMC), and General Motors (NYSE:GM), which trade at 10.4, 9.7, and 7.4 times forward earnings, respectively.

Ford also recently increased its quarterly dividend to 15 cents per share, the same amount it paid before the COVID-19 pandemic. It now offers a yield of 3.99%, one of the highest in the sector.

Indeed, Wall Street has a long-term bullish view on F stock, with 18 out of 23 analysts surveyed by Investing.com rating it as either ‘buy’ or ‘hold’. Shares have an average analyst price target of $17.20, representing upside of 14.4%.

Similarly, the average fair value for Ford’s stock on InvestingPro+ is $17.64, a potential 17.4% upside. 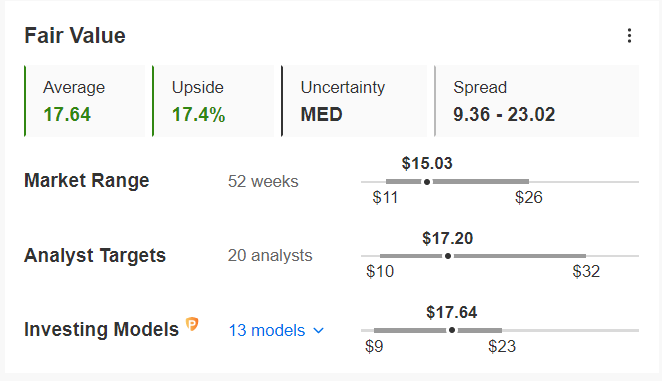 Foot Locker’s (NYSE:FL) stock has struggled this year, dropping 18% in 2022 as Americans cut back spending on discretionary items and divert more spending into basic needs.

Still, the shares have rebounded significantly from their July lows, climbing 50% above the recent 52-week trough of $23.85.

More importantly, Foot Locker announced that Richard Johnson will be retiring as president and chief executive, and former Ulta Beauty (NASDAQ:ULTA) CEO Mary Dillon will take over in September. Dillon’s appointment has boosted sentiment as, during her eight-year tenure at Ulta, she oversaw the beauty-store retailer’s successful loyalty rewards program, which has grown to become one of its key assets.

I expect Foot Locker’s stock to extend its recovery in the weeks ahead as the shares are still cheap, trading at just 7.5 times forward earnings, below its historical average of 9.4 times.

Additionally, the athletic shoes and apparel seller currently boasts a yield of 4.48% and Foot Locker’s board has also authorized share buybacks of up to $1.2 billion it focuses on stockholder returns.

According to InvestingPro+, FL stock could see an increase of roughly 37% from current levels. 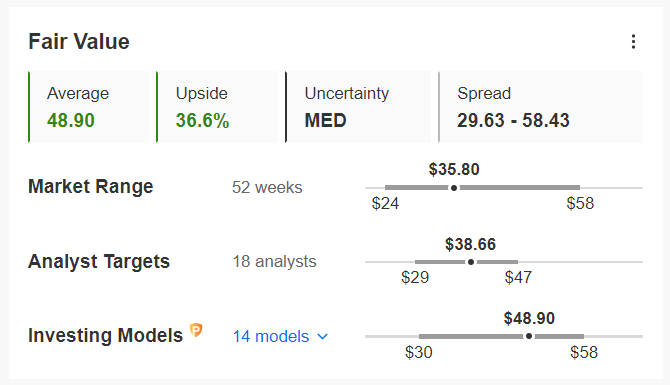 Disclaimer: At the time of writing, Jesse has no position in any stock mentioned. The views discussed in this article are solely the opinion of the author and should not be taken as investment advice.