The leaves have begun changing color all across the country, and the weather is a little bit cooler. Fall is in the air — and so is stock market volatility.

There are a number of questions left to be answered this fall that could have a direct impact on the stock market and your portfolio. These include:

Though the answers to these important questions are unknown at this point, investors don’t have to sit idly on their hands awaiting the outcomes. Instead, long-term investors have the opportunity to seize the day by picking out attractively priced high-quality companies this fall that could help form a foundation of growth for their portfolio for years to come.

Here are three top stocks trading at discounts that investors should consider buying this fall.

Fair warning: I’ve owned Bank of America (NYSE:BAC) for more than four years, so there’s going to be a bit of bias in this response. I’d suggest that regardless of what the Fed does in September or going forward, Bank of America, which is down 7% year to date, remains a compelling buy candidate.

An interest rate hikes would obviously be of great benefit to the banking sector because it would allow for net interest margins to expand. According to a 10-Q filed by Bank of America earlier this year, a 100-basis-point increase in both long-term and short-term lending rates would boost its interest income by $6 billion, which is essentially double (if not more) what its closest peers, Wells Fargo and JPMorgan Chase, would see in interest income increases. Over the long run, considering the long-term growth of the U.S. economy, it would be wise to expect interest rates to normalize at higher levels than they are now, which benefits B of A.

Even if the Fed chooses not to raise rates, there are shorter-term catalysts that could push Bank of America higher. CEO Brian Moynihan is looking to reduce Bank of America’s annual expenditures by $5 billion by 2018 to an expected $53 billion. Moynihan will accomplish this through ongoing branch closures and a growing emphasis on mobile banking, which is not only more convenient for the consumer, but substantially cheaper than ATM and branch transactions.

As icing on the cake, Bank of America has been beefing up its shareholder return policy with the blessing of the Fed after once again passing the annual financial stress test required of banks. Following the stress tests, Bank of America boosted its dividend by 50% and added a $5 billion share repurchase program to boot.

With Bank of America still trading below its tangible book value, and its legal issues more or less in the rearview mirror, now looks like the perfect time to consider taking a position.

For growth investors looking for a top stock on sale this fall, I’d encourage you to turn your attention to Celgene (NASDAQ:CELG) in the biotech industry.

Why is Celgene down 11% year-to-date if it’s such an attractive stock, you wonder? That answer essentially boils down to industrywide weakness in biotech stocks that began earlier in the year and still hasn’t abated, coupled with Celgene’s fiscal 2017 forecast coming in a bit below Wall Street’s expectations. Following Celgene’s first-quarter results, the company guided to a range of $12.7 billion to $13 billion in full-year sales and $6.75-$7 in EPS for 2017, down from a prior projection of $13 billion to $14 billion in sales and $7.25 in EPS. The primary reason for this reduction was a slowdown in sales for cancer drug Abraxane, which has been hit by the expansion of cancer immunotherapies into new indications. 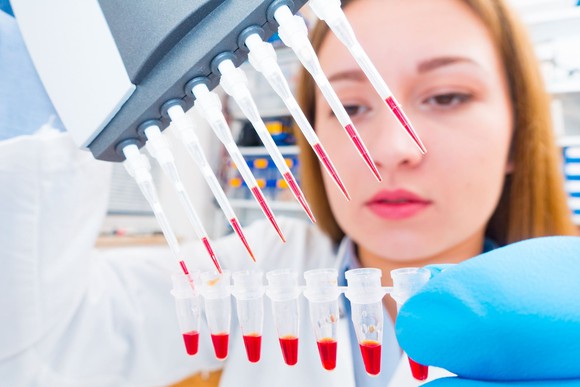 But what investors get with Celgene is an incredible organic, collaborative, and M&A growth machine. Multiple myeloma drug Revlimid and anti-inflammatory Otezla have the potential to grow sales by double-digits throughout the remainder of the decade while also expanding into a number of new indications.

Celgene also has in excess of 30 collaborations that help reduce what it spends on internal research and development while ensuring its cash only heads toward the most promising experimental drugs. Many of its collaborations focus on first-in-class cancer therapies that could become standards of care if they perform well in clinical trials.

Lastly, Celgene is relying, at least partially, on M&A to drive its growth. It acquired Receptos last year for $7.2 billion, gaining hold of promising experimental multiple sclerosis and ulcerative colitis drug ozanimod in the process. If approved for both indications, ozanimod sales are expected to hit $4 billion to $6 billion annually at their peak.

With a PEG ratio of just 0.8 and a forward P/E that’s down to 15, Celgene could be the shot in the arm growth investors are looking for this fall.

Finally, for investors with an even higher tolerance for risk and reward, I’d suggest pickingNXP Semiconductors (NASDAQ:NXPI) up off the sale rack.

NXP has struggled under the weight of weakened semiconductor demand since about the midpoint of 2015, with the company reporting a comparable sales decline (i.e., not including revenue from its merger with Freescale Semiconductor) of minus 8% from the prior-year period in the second quarter. This, along with weaker U.S. GDP growth, is why NXP shares are down about 1% year-to-date while all three major indexes have moved higher. 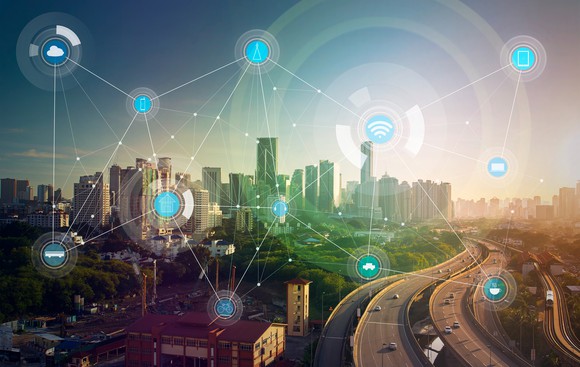 However, this weakness in NXP’s share price is the perfect reason for long-term investors to hit the gas pedal. NXP’s primary growth drivers are its high performance mixed signal (HPMS) products, which allow electronic devices to interact with their surroundings. A more common word for NXP’s HPMS would be the Internet of Things. NXP’s solutions power everything from near-field communication chips found in cellphones, which can transmit financial data to a point-of-sale device, to automotive solutions that aid vehicles in recognizing their surroundings, including lane drifting avoidance. According to Cisco Systems, the global IoT market could be worth $19 trillion, and NXP wants a large chunk of that pie.

Speaking of mergers, NXP’s combination with Freescale should be a game-changer. Cost synergies from the combination should lead to improved margins, while the combined company’s leading position in general purpose microcontroller products, automotive semiconductor solutions, and mobile-based semiconductor solutions could lead to improved pricing leverage when dealing with large customers.

As technology becomes more mainstream in our homes and cars, demand for NXP’s solutions is likely to increase. This makes NXP’s forward P/E of 11 and PEG ratio of 0.4 seem all the more attractive.

Sean Williams owns shares of Bank of America, but has no material interest in any other companies mentioned in this article. You can follow him on CAPS under the screen name TMFUltraLong, and check him out on Twitter, where he goes by the handle @TMFUltraLong.

The Motley Fool owns shares of and recommends Celgene, NXP Semiconductors, and Wells Fargo. It also recommends Bank of America and Cisco Systems, and has the following options: short October 2016 $95 puts on Celgene and short October 2016 $50 calls on Wells Fargo. Try any of our Foolish newsletter servicesfree for 30 days. We Fools may not all hold the same opinions, but we all believe that considering a diverse range of insights makes us better investors. The Motley Fool has a disclosure policy.