Warren Buffett is widely regarded as one of the greatest investors ever. His savvy stock picks, as well as acquisitions of entire businesses, have led to life-changing returns for long-term shareholders of Berkshire Hathaway (NYSE:BRK-A)(NYSE:BRK-B). A single thousand-dollar investment when Buffett took over the company in 1965 would be worth more than $11 million today.

Although those kinds of life-changing returns are rare, investing in the same manner as Buffett — that is, buying high-quality companies with strong competitive advantages and holding them for the long term — remains one of the most effective wealth-building strategies that the average investor can follow.

We asked three of our contributors who follow Buffett’s investing and the Berkshire portfolio to weigh in with great Warren Buffett stocks that are worth buying right now. They gave usAmerican Express Company (NYSE:AXP), Phillips 66 (NYSE:PSX), and USG Corporation (NYSE:USG).

While these are very different companies, they’re all favorites of the Oracle of Omaha that look very attractive today. Keep reading to learn why our contributors think these three Warren Buffett stocks are great buys right now.

High-quality business at a great price

Yes, over the past year AmEx has struggled, losing major business partnerships (most notably with Costco), as well as facing increased competition, and both have hit its profits: 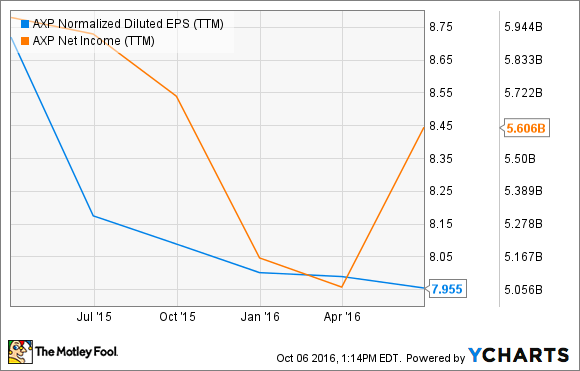 And while falling profits should have an impact on the company’s share price, American Express’ valuation looks to have taken a bigger beating than is warranted. The company’s stock price is down about 33% over the past year, as is its price-to-earnings multiple, which is below 11 at the time of this writing.

Frankly, that’s dirt cheap for such a high-quality company, particularly one that has as fantastic long-term prospects and generates as much cash flow as American Express does. Now is a wonderful time to buy this long-term Buffett favorite, and at a very, very good value.

Todd Campbell: Buffett has been steadily increasing Berkshire’s ownership in energy stock Phillips 66, and earlier this month, added another 1 million shares to its stake.

The recent purchase made Berkshire Hathaway Phillips 66’s biggest investor. Given the Oracle of Omaha’s long-term focus (and now 15.4% ownership stake in Phillips 66), individual investors might want to follow in his footsteps and buy this company’s stock, too.

Phillips 66 is a major oil and gas transport, storage, refining, and marketing company, and while its financial results have taken a drubbing because of falling oil and gas commodity prices, its diversification has still allowed it to deliver investors a profit. In Q1 and Q2, Phillips 66’s net income totaled $385 million and $496 million, respectively. 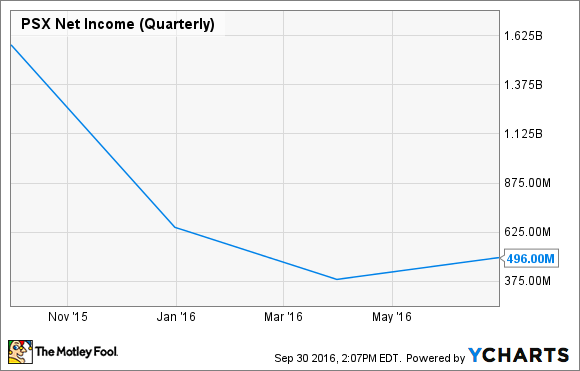 Phillips 66’s ability to continue producing profits depends heavily on stabilizing global prices, and while there’s no telling what the future has in store, recent chatter out of OPEC suggests that there may be a growing willingness to rein in supply so that prices firm up.

Regardless, long-term demand for oil and gas remains supported by a larger and longer-living population and expanding global economic growth. Assuming Phillips 66’s cost-cutting moves continue, the company should be able to weather this industry’s inevitable peaks and valleys. If I’m right, then adding this company to a long-term portfolio could prove savvy, especially since Phillips 66’s shares are yielding a 3.1% dividend.

A “building” block for your portfolio

Neha Chamaria: You’ve heard about the big names that Buffett is invested in, but you might not know that construction materials company USG has been part of Berkshire’s portfolio for more than a decade now. Buffett was material in providing financing to help USG turn around following the housing bubble. Today, Berkshire owns around 39 million shares, an almost 27% stake in the company.

USG has made big strides since the housing crisis, too. Its net income jumped almost 37% on a 5% revenue increase during the first half of the year, while operating margin for its largest segment, gypsum, climbed more than 2 percentage points to 19.9% in on higher volumes and prices for wallboards. USG is primarily known for its Sheetrock drywall brand, but it’s also among the leading manufacturers of materials such as roof board, cornice, ceiling tiles, and insulation. USG counts Home Depot as its largest customer. As you might’ve guessed, USG’s fortunes are tied closely to the health of the construction markets, and the recent uptick in construction spending and housing starts in the U.S. is reflected in its sales numbers. 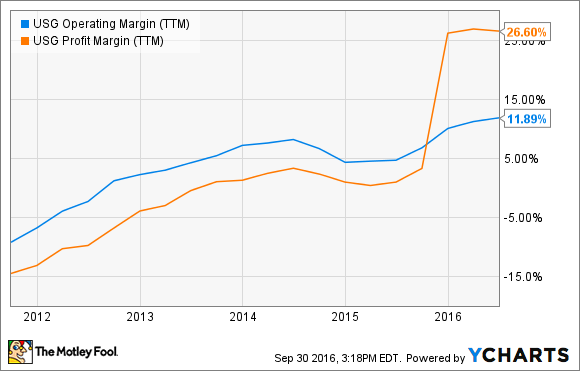 At the same time, USG is striving to deleverage its balance sheet: It recently struck an agreement to sell its distribution business for $670 million in cash. The deal should serve two purposes: offloading a low-margin business (it generated an operating margin of only about 4% in Q2), and using the proceeds to retire debt. That looks like a prudent move that should help USG churn more out of its profitable products while strengthening its financial standing.

All told, USG looks poised to benefit from improving end markets and profitability prospects going forward. At a trailing P/E of less than 4, the stock could fetch you great value at its current price.