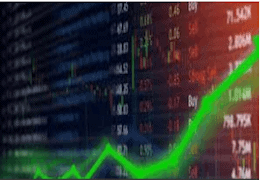 And until now, no one’s said a word.

See, consumer staples — all those dividend-spewing, cash-rich companies selling everything from soap to soup, the ones that have been around since our great-grandfathers were in diapers?

Well, they have no friends on Wall Street right now.

But having hit the rare milestone I mentioned, they’re about to swing back into favor in the coming months.

Undervalued and Out of Favor

Every so often, Wall Street gets tired of owning the “safe” companies in the consumer staples sector — and down they go.

Too boring. Too slow growing. Or my all-time favorite, the fear of a “paradigm shift” … as if people aren’t going to buy food and detergent anymore.

You can see the damage in the stock charts of the many big consumer-brand companies that dominate this sector. But for my purposes, I’m using the Consumer Staples Select Sector SPDR ETF (NYSE: XLP) here — which is down more than 16% since January. So keep that chart in mind, because here’s the rare milestone I mentioned…

All About the Dividend Yield

Why’s that a big deal? Remember, dividend yields and stock prices go in oppositedirections. In this case, the lower the ETF’s stock price, the bigger its dividend is to investors who buy at that price.

The ETF’s dividend yield has only been this high — 2.75% or higher — four other times in the past decade.

In each of those times, the price of the ETF rose an average of 17% over the next four to five months. Check out the chart below, with the ETF’s dividend yield (the red line) transposed over its stock price (the black line): If I put those circled yields in a table, this is how a stock purchase works out in the following months…

It’s also worth noting that in each of the four cases above, the broader stock market indexes — such as the S&P 500 — moved higher too. That’s not surprising, given that companies like Campbell Soup, Procter & Gamble and other biggies in this sector also make a big chunk of the index as well.

But there’s also one outlier worth keeping in mind.

Back in the early 2000s, overall dividend yields were lower, so the “2.75% or higher” level doesn’t apply here. But in the late 1990s, as the dot-com boom hit its final highs, the consumer staples ETF once more fell deeply out of favor with Wall Street.

But as the dot-com bear market bit down hard on the Nasdaq and S&P 500 indexes, the consumer staples sector soared — rising 35% through the end of the year.

I don’t know about you, but to me, that makes this recommendation an even more intriguing buy.