If you’re just getting started investing in individual stocks, you’re likely wondering what stocks you should buy first. We asked our contributors to highlight top stocks that they’d recommend for rookie investors, and they came back with Pfizer (NYSE:PFE), ExxonMobil(NYSE:XOM), and Walt Disney (NYSE:DIS). Are these stocks right for you? Read on to find out.

Todd Campbell (Pfizer, Inc.): Pushback on drug prices may have rookie investors worrying about buying drugmakers like Pfizer, but it might be better to focus less on the short-term rhetoric in Washington, and more on long-term demographics that support demand for medicine. 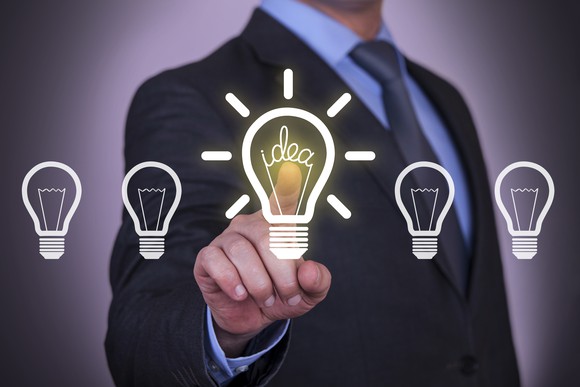 In the U.S. alone, there are 76 million baby boomers, and those boomers are living increasingly longer. As a result, prescription medicine demand has never been higher. Similarly, a bigger, wealthier, and longer-living global population also supports long-term drug demand worldwide. Thus, tucking a drugmaker into a long-haul portfolio could be savvy, and I think owning Pfizer could be especially rewarding.

After years of sluggish sales following the expiration of patents protecting Lipitor, Pfizer’s top-selling cholesterol drug, the company is getting back to growth. If that growth continues, cost-saving moves during the lean times could give Pfizer plenty of leverage to boost profit as revenue climbs.

A commitment to expanding in cancer, and leadership in the emerging market for biosimilars — generic alternatives to top-selling biologic drugs — could drive sales higher at the company. Pfizer already markets the fast-growing breast cancer drug Ibrance, and its $14 billion acquisition of Medivation last year landed it the top-selling prostate cancer drug Xtandi. In biosimilars, Pfizer’s $17 billion buyout of Hospira catapulted it to being one of the biggest players in a market that Pfizer thinks could soon exceed $20 billion. In November, Pfizer launched Inflectra, a biosimilar to the multibillion-dollar-per-year immunology drug Remicade, and in Q4 biosimilar sales surged more than 40% year over year to $91 million.

Overall, Pfizer is one of the globe’s biggest drugmakers, with $53 billion in annual sales, and $15 billion in adjusted quarterly net income. As its sales increase, management should have flexibility to return more money to investors via its dividend, making shares even more attractive to own. Currently, Pfizer shares are yielding a healthy 4%.

Reuben Gregg Brewer: Investing can be hard to get your head around, which is why it’s a good idea to start by owning some of the best companies around. ExxonMobil (NYSE:XOM)easily fits that bill in the energy industry. It’ll reward you with a nice 3.6% yield for your troubles — that yield, by the way, is backed by over 30 years worth of annual dividend hikes — but the reasons for choosing Exxon go beyond just the dividend.

Exxon’s business spans the energy space: from drilling for oil and gas to processing it (into things like gasoline and chemicals) to delivering it to end users. The diversified model helps smooth the often-volatile energy business’ ups and downs. This kind of diversification will help you sleep well at night, but it isn’t unique: Giant competitors like Chevron and Royal Dutch Shell can both claim the same, and with higher yields.

What sets Exxon apart is its diversification combined with how well it runs the business for its shareholders. Essentially, it’s the best-run oil major. That’s summed up in return on invested capital. Exxon isn’t just toward the head of the pack over the past decade, it leads it over the entire span — showing that it’s putting your money to work more efficiently and effectively than any of its peers. That’s the kind of company around which you can build a portfolio.

Til happily ever after

Demitri Kalogeropoulos (Walt Disney): Disney makes a great beginning buy for investors who are relatively young in the stock market. It has a diverse revenue stream, so shareholders aren’t likely to be stung by broadly declining earnings results. For example, the entertainment giant just managed its sixth straight fiscal year of record profits, even as its core media business stumbled. That slump wasn’t a big deal because Disney offset it with a record-shattering run at the box office.

It also helps that the business is easy to understand. Through its TV, theme-park, and consumer-products offerings, Disney capitalizes on the characters that its movie studios, from Pixar to Disney Animation to Marvel to Lucasfilm, infuse with value through great storytelling. Sure, Disney earns cash up front when film releases do well in theaters. But the real payoff is down the line, as the franchises lift results across its other divisions, like toy sales and theme-park attractions.

Disney is likely to take a step back from setting records this year since it is facing a tough comparison with the incredible consumer response to last year’s Star Wars: Episode VIImovie. The House of Mouse is still aiming for bold growth elsewhere, including the booming parks and resorts segment. In the meantime, fiscal 2018 should be another banner box-office year for Disney, with several global blockbusters led by Star Wars: Episode VIII on the way.