Oil prices went on a wild ride in 2016. Prices swirled downward to start the year over fears that the world’s growing oil stockpiles would fill to the brim. Crude crashed all the way into the mid-$20s in early February before rallying past $50 per barrel by the end of the year due to improving market fundamentals. That recovery could continue in 2017 thanks to OPEC’s decision to support prices by trimming production. However, investors should not expect a smooth ride given that there are plenty of things that could cause quite a bit of volatility in 2017. 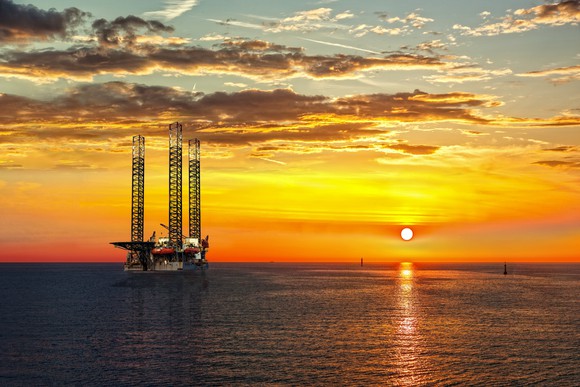 What analysts expect from oil prices in 2017

Analysts have a fairly wide range of opinions when it comes to where oil prices will head next year. For example, the U.S. Energy Information Administration expects the U.S. oil benchmark, West Texas Intermediate (WTI), to average $50.66 per barrel next year and the global benchmark, Brent, to average $51.66. Driving that outlook is the expectation that U.S. oil production will only be modestly lower next year at 8.8 million barrels per day versus an average of 8.9 million barrels per day in 2016, which isn’t enough of a decline to make much of an impact on the market. However, what’s noteworthy about those prices is that they are below the market prices of around $52 and $55, for WTI and Brent, respectively, as of the middle of December, which suggests that the EIA sees the potential for weaker oil prices over the next year.

Other analysts are much more bullish. Bank of America/Merrill Lynch, for example, sees crude jumping 46% by next June, hitting $69 per barrel. Fueling that outlook is the fact oil and gas investments are down $300 billion, or 41%, since peaking in 2014, which should lead to shrinking supplies. Further, the bank’s analysts see the persistently lower prices over the past several years driving healthy demand growth. These two factors could lead to the biggest gap between supply and demand in five years, which could push crude prices higher.

Meanwhile, Goldman Sachs seems to be taking the middle ground. It recently increased its oil price forecast by predicting that WTI crude will rise to $57.50 per barrel by the second quarter, before settling around $55 per barrel in the second half of the year. Analysts at the World Bank, likewise, have a $55 oil price forecast for 2017 due to OPEC’s moves to cut output and rebalance the oil market.

Overall, the consensus seems to be that crude will remain in the mid-$50s in 2017. Incidentally, that is similar to what analysts had forecast for oil prices in 2016. Given recent history, the odds of a quiet crude market next year appear slim. 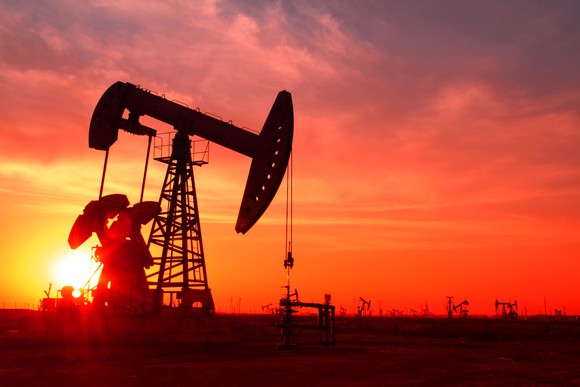 One reason analysts have such differing outlooks on crude prices is the uncertainty regarding OPEC’s agreements to stabilize the oil market. At the end of November, OPEC members agreed to cut their total output by 1.2 million barrels per day next year, and non-member nations followed two weeks later by agreeing to curtail their production by 558,000 barrels per day for the first six months of the year. That said, the market does not believe OPEC will follow through on those cuts, despite Saudi Arabia’s pledge to reduce its output deeper than required. Further, Russia is responsible for half of the non-member output reduction commitment, which could become problematic because its government might not be able to force oil companies to cut production. Meanwhile, even assuming full compliance, producers could quickly ramp back up as soon as the agreement expires in July, swamping the market with oil.

Meanwhile, rising oil prices could incentivize shale producers to ramp up output. EOG Resources (NYSE:EOG) is one of several oil companies that can rapidly boost production as prices head higher. For example, at $50 crude, EOG Resources can increase its oil production by 15% per year, with that rate accelerating to 25% annually at $60 crude. Further, EOG Resources continues to refine its craft through technical innovations and efficiency gains, which could enable it to grow faster than those estimates. In fact, the company recently raised its growth outlook to those rates just one quarter after initially projecting 10% to 20% growth at $50 and $60 crude, respectively.

Likewise, other shale-focused producers have the low-cost drilling inventory and the balance sheet strength to ramp up production fairly rapidly when prices rise. Devon Energy(NYSE:DVN), for example, currently plans to slowly ramp up drilling activities next year, going from 10 rigs at the end of this year to between 15 to 20 rigs by the end of next year, which should deliver double-digit oil growth. That said, Devon Energy has a cash-rich balance sheet and plenty of lucrative drilling opportunities to accelerate growth in 2017 should crude run into the $60s.

The problem with these scenarios is that if too many producers ramp up next year, it could lead to a torrent of crude hitting the market in the second half, which could push prices right back down. 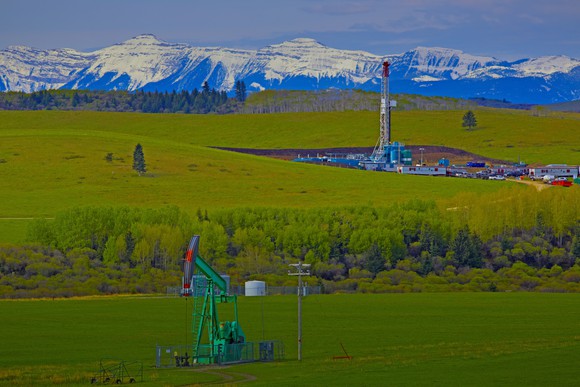 Upside catalysts to keep an eye out for

While there are plenty of conditions that could keep a lid on crude prices next year, there is also an abundance of potential catalysts that could drive crude well above analysts’ estimates. For example, OPEC’s deals could have their desired effect, shale producers might remain cautious, or demand could come in higher than expected.

In addition to that, there is always the potential for an unexpected catalyst that could send crude prices soaring. Last year, for example, unexpected production stoppages in Canada (due to wildfires) and in Nigeria (due to militia attacks) temporarily cut into global oil output, helping fuel a torrid run in the oil market. Similar unexpected outages could cause an explosive run in crude, especially if they come early in the year while OPEC is curbing the market’s supply. Anything from a terrorist attack on a major oil hub to a natural disaster could cause a significant supply disruption and catapult oil prices.

For the most part, analysts see a relatively calm oil market next year, with crude prices rising through the first half before mellowing out in the second. While that is possible, it does not seem very likely to me. Instead, crude prices could bounce around quite a bit as the market ebbs between fear and euphoria fueled by rumors and changing fundamentals. Because of that, an investor’s best bet is to stick with top-tier oil stocks that have the capability to adjust as market conditions evolve.