With oil prices swinging up and down around the $40 a barrel range, business news outlets are full of people calling on these numbers to predict the price of oil.

Because at the end of the day, there are two – and only two – good ways to really tell where the oil market is going.

Either one is a good indicator. But right now, both are telling us the same thing…

The News from New York: The Glut Is Ending

Here’s how I know oil prices are set to move up.

The first signal is the “NYMEX Strip,” which provides a price average for New York-traded West Texas Intermediate (WTI) crude oil to be delivered in consecutive months. 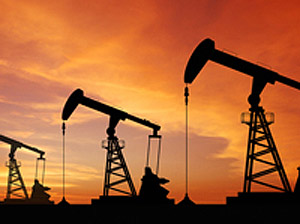 While the bellwether strip provides a 12-month forward average at the close of trade, these strips can be calculated for any length of time and at any time during the trading day.

The reason why a 12-month strip is most frequently used – and the NYMEX Strip itself is often simply referred to as the 12-month strip – is liquidity. Usually, moving the average out for consecutive months over an entire year provides a sufficient number of exercised contracts for each month to make the average price reasonable.

Now, strips like these can either be in “contango” or “backwardation.”

Contango simply means that oil for immediate delivery trades at a discount to oil to be delivered in the future. In other words, as you go further along the 12-month strip, oil for delivery on consecutive months gets more expensive.

This discount for oil for immediate delivery is typically a sign of a supply glut, because when oil storage fills up, putting more oil in storage gets more and more expensive. That makes storing oil for delivery in the future more expensive than delivering it now, creating the contango discount.

Straightforwardly, oil prices for future delivery being higher than for immediate delivery also means that the market expects oil prices – if left to their own devices – will rise.

Backwardation, on the other hand, is the name for oil for immediate delivery trading at a premium to oil for delivery in the future. This is typically a sign of shortage fears – the market is so worried about being able to get oil today, it’s willing to pay a premium over oil for delivery tomorrow.

The implication is that oil prices will go down in the future.

The NYMEX Strip has been in contango for a while now, reflecting the oversupply of oil caused by the Saudi-led OPEC decision, on Thanksgiving 2014, to flood the market with oil.

The contango of the 12-month NYMEX Strip is now constricting. The discount for immediate delivery over future deliveries is therefore diminishing.

At the same time, the price for each month is rising. That means the all-important oil price floor is rising as well.

As I’ve talked about before, a supportable increase in the floor of the price range is a far more important indicator that an overall rise in oil prices is underway than are the spikes that happen for any number of reasons. The floor represents a genuine downside resistance. That, in turn, bodes well for a supportable increase in price per barrel.

Something similar is taking place for the second signal…

This is the spread between the London-traded benchmark, Dated Brent, prices for the next month’s delivery and delivery six months from now.

The NYMEX Strip tells us what to expect from U.S. prices. The Brent spread, on the other hand, is a key indicator of what to expect internationally, as Brent is used more often than WTI as the benchmark against which oil deals are made around the world.

Like West Texas Intermediate on the NYMEX Strip, the Brent spread is also in contango, but the difference between the near-month and six-month out prices is contracting.

This, again, tells us higher prices are coming. But that’s not all…

Speculators Are Supporting the Price Floor This Time

There are two important conclusions to draw from these two signals. First, both of these developments indicate that excess supply in the market is declining.

In addition to supporting a floor for WTI and Brent, it also means that the ephemeral “balance,” the essential component in strengthening oil prices, is taking shape.

Second, speculators will continue to search for ways of playing another spread, then between WTI and Brent. With the exception of only a few trading sessions, that spread has produced a higher price for Brent than WTI in each daily trading session since mid-August 2010.

That spread, on the other hand, is also diminishing. And with both the NYMEX Strip (WTI) and the six-month spread (Brent) pointing to continuing contango along the curve, another interesting trading conclusion follows.

It’s impossible to play the spread without “buying into” the contango. That is, any speculator trying to get a return from the discount on oil for immediate delivery, will in effect increase the demand for near-month oil futures.

That will only add to the pressure that is increasing prices.

Absent a major geopolitical crisis or fit from Mother Nature, all of this is not going to result in oil reaching $80 a barrel crude any time soon. But it points in the clear direction of sustainably higher prices – regardless of any agreement to cap extractions and exports.

That’s quite enough to make some nice profits off the coming rush.