Between 2012 and 2016, Crescent Point Energy (NYSE: CPG) (TSX: CPG) was busy scooping up lucrative assets. It got some at rock-bottom prices.

The company made 15 acquisitions and added millions of proved reserves to its balance sheet.

Those 15 purchases were more than any other E&P company in North America. According to the company’s CEO, Scott Saxberg, they’ve left CPG with over 12 years of drilling inventory ahead of it.

That’s why 2017 is the year CPG is redirecting its focus. Management isn’t going to be adding more property. They’ll be attacking those plays and maximizing oil production instead. 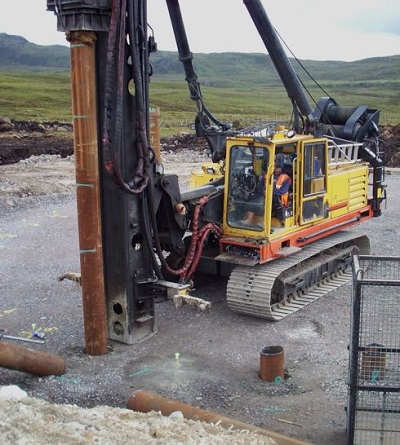 That’s going to translate into some serious profits for investors who get in now.

When CPG started accumulating all these assets back in 2012, oil prices were already high and still rising.

CPG was bringing in big money. I’m talking about billions of CAD a year in revenue.

Revenues were rising and costs were dropping.

CPG had a growing cash surplus and access to massive lines of credit. So, it made perfect sense to buy as many acres as possible. And the company took full advantage.

Times were good, and nobody expected them to end anytime soon…

Welcome to the Dark Side

Then the bottom fell out of the oil market. Both investors and oil companies were caught completely off guard.

We probably should have seen the price drop coming.

Technological advancements made U.S. shale oil easy to extract. And the U.S. was producing more oil than it had since the pre-OPEC days. But OPEC was still flooding the markets with oil, too.

That gigantic increase in supply and only a small increase in demand could only lead to one thing, and that was a huge drop in prices.

And CPG’s income statement showed just how devastating the plunge was. Sales were cut in half, and net income dropped by nearly 300%.

But management didn’t get scared. They didn’t put their acquisition plans on hold.

They saw a great opportunity instead. Now, they could get those assets they’d been eyeing at rock-bottom prices.

They made the tough decision to cut the common stock dividend. That helped them conserve cash for more purchases.

They also focused on cost-cutting measures to make the most of every penny that was coming in from current operations.

And they kept on buying.

In the past two years, they expanded the company’s footprint even further by taking on assets from businesses that couldn’t weather the price drop. And they got some stellar deals on low-risk, high-quality property.

OPEC countries that depend almost entirely on oil revenues to prop up their economies had to do something. Smaller drillers that couldn’t operate with prices so low had to drop out.

And they were right.

Tons of companies cut production. Many went bankrupt. And OPEC froze production last year to cut into the glut of oil on the market and stabilize prices.

Now, CPG is in a prime position to take advantage of the increase in prices and the reduction in competition.

Make Hay While the Sun Shines

Oil prices have recovered to 2009 levels. And they should continue to rise.

CPG now has even more reserves than when it was raking in profits hand over fist just a few years ago. Plus, it’s got streamlined operations that make the break-even point a super-low $45 per barrel.

That means the company can still make a profit on every barrel coming out of its current operations even if prices get back below $50.

The results from the first quarter of 2017 prove they’re doing just that. Production increased, and the company returned to a net profit of $0.17 per share. That’s a little less than the annual EPS back in 2010. And oil cost $71 per barrel then.

And that’s just the first quarter of the year. The next three should bring even more profitability.

I’m not the only analyst to notice, either. Chris Cox at Raymond James called CPG “one of the few oil-levered producers with a compelling valuation, relatively strong balance sheet and a combination of free cash flow and visible production growth.”

He thinks this new positive operational performance will serve to drive share prices much higher. And I agree.

The last time CPG was looking at earnings this high and oil prices at this level, it traded between $20 and $30 per share. And there’s no reason it can’t hit at least the bottom of that range in the next 12 months.

It’s currently trading under $10 a share. So, that kind of move would mean 100% profits for investors who are willing to get in now.

And $20 is just the beginning if oil prices continue to rise and management continues to deliver solid numbers.

What’s even better is that at $10, it’s extremely undervalued.

The stock is trading at a 31% discount to its enterprise value. Compared to the rest of the industry, it’s super-cheap, too. Its P/S, P/B, and P/CF discounts are 63%, 26%, and 59% lower than the average, respectively.

The recent surge in profits also means there’s a good chance the dividend will be going back up again, too. CPG already pays a dividend yield 75% higher than the rest of its peers. A hike would push that number to double the industry average.

But this gem isn’t going to stay undiscovered for long. Investors are going to start driving the price up soon. And it won’t be long before this $10 stock is trading for at least $15.

So, if you’re looking for a conservatively run company that could double your investment, you should be looking at Crescent Point Energy.

To investing with integrity (and an eye on the future),