Investing in biotech stocks is like playing roulette in a casino. The odds are clearly against you, with most discovery-stage, preclinical, and clinical-stage experimental drugs failing to meet their trial goals. However, if a drug or multiple drugs within a pipeline do succeed, your investment can grow many times over. It’s this latter point that attracts so many investors.

The difficult part about investing in biotech stocks, especially those in the clinical stages of their development process, is there are a number of variables that you need to pay attention to. This includes the clinical results of pertinent trials, how competing experimental and currently approved therapies are performing, and, of course, whether or not a company has the funding to complete its research. It can often take tens or hundreds of millions of dollars, if not more, to take a drug from the discovery stage to pharmacy shelves many years later. 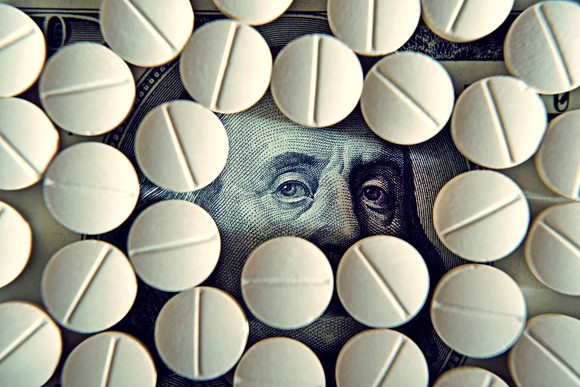 Cash is king when it comes to clinical-stage drug development

For many clinical-stage biotech stocks, cash burn is a regular concern. It’s not uncommon for smaller drug developers to sell shares of their common stock to raise capital, diluting shareholders in the process, or even to issue debt. Another option that some companies turn to is partnering or licensing their drugs to a larger competitor to obtain needed funding.

Ultimately, it’s the quality of a biotech company’s drugs that do the talking. But having a healthy amount of cash on hand and a debt-free balance sheet can certainly remove a key investor concern. With that in mind, let’s take a look at three clinical-stage biotech stocks that currently have no debt and whose cash and cash equivalents comprise at least 25% of their current market caps.

The idea behind CAR-T is to harvest a type of immune cell (known as a T-cell) from patients and genetically modify those T-cells to produce chimeric antigen receptors (CARs) on their surface. After growing these T-cells in a lab and reinjecting them back into the patient, the goal is to have antigens attach to the CARs, eventually killing the cancer cell. In effect, it’s designed to supercharge the patient’s immune system. 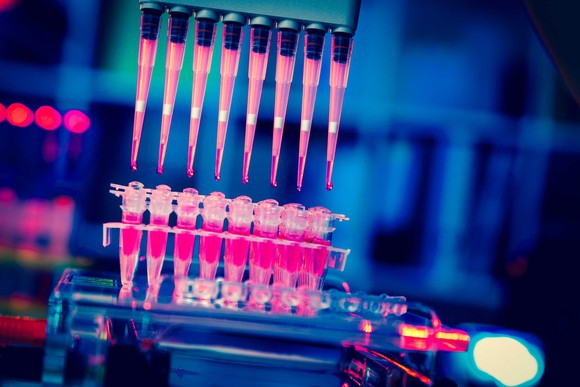 On paper, Juno Therapeutics’ CAR-T program sounds amazing. The application in clinical studies has been a little bumpier than expected.

Last July, Juno’s lead drug, JCAR015, was placed on clinical hold in the midstage ROCKET trial for adults with relapsed/refractory B-cell acute lymphocytic leukemia after two patients died within a week due to neurotoxicity. The hold was soon lifted, but that wouldn’t be the end of JCAR015’s issues. In November the study was placed on hold yet again after two patients were found to have suffered from cerebral edema. In March 2017, Juno announced that it would be discontinuing the development of its lead drug.

The shelving of JCAR015 was terrible news for Juno and its shareholders, especially with competition among CAR-T drug developers picking up. However, Juno’s far from out in the battle to create new and innovative cancer drugs. The company currently has more than a half-dozen therapies in early stage clinical trials, most of which target various types of blood cancers. Juno’s $733 million in cash will clearly dwindle without any product revenue, but it’s reassuring to know it has the capital to run these studies without sweating a cash crunch in the near-term.

If I’m going to play favorites among the three companies here, it’s Agios Pharmaceuticals(NASDAQ:AGIO), which looks poised to benefit from its collaboration with Celgene(NASDAQ:CELG).

Agios’ focus is cancer therapeutics, and its main target is the IDH (isocitrate dehydrogenase) pathway. The IDH1 and IDH2 mutant enzymes are found in quite a few different types of tumors, and they’re believed to be responsible for the proliferation of tumor cells. Agios’ therapies are designed to inhibit this IDH1 or IDH2 enzyme, causing tumorous blast cells to be coaxed back into becoming normally functioning cells. 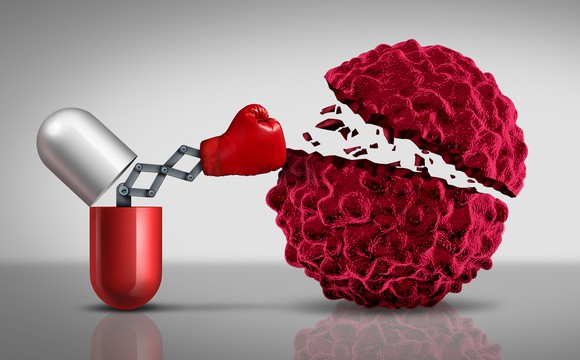 Biotech blue chip Celgene liked what it saw from Agios so much that it forged a collaboration with the company back all the way back in 2010, and it’s only dug its heels in further since. The upfront cash received from these deals has been instrumental in allowing Agios to complete its clinical work.

By far the most exciting compound is enasidenib (previously AG-221), an inhibitor of IDH2 for patients with relapsed of refractory acute myeloid leukemia (AML). Enasidenib previously generated a 37% objective response rate in a phase 1/2 study of the drug, which should be enough, assuming approval from the Food and Drug Administration, to consider it a standard-of-care option. If approved, enasidenib has a chance at becoming a blockbuster drug with $1 billion or more in annual sales.

Furthermore, Agios just this past week closed on the sale of 5.05 million shares of stock, raising about $250 million in gross proceeds. This extra capital isn’t factored into the $541 million above, meaning more than 35% of Agios’ market value is comprised of cash and cash equivalents at the moment. This makes Agios an intriguing biotech stock worth watching.

Another biotech absolutely swimming in cash at the moment is small-cap Alder Biopharmaceuticals (NASDAQ:ALDR). Nearly 35% of the company’s current market value is derived from its cash and cash equivalents. 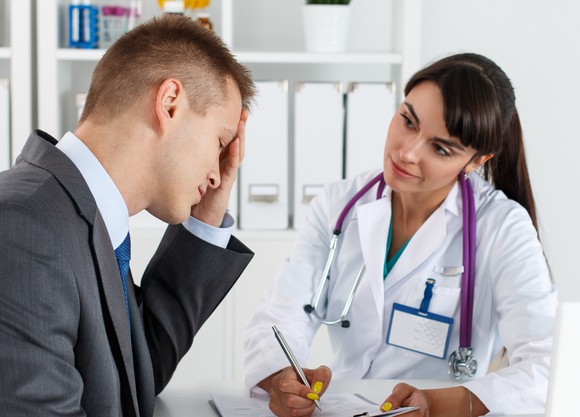 Alder’s lead drug is eptinezumab, a novel monoclonal antibody designed to inhibit CGRP, a protein known to heighten sensitivity to the pain experienced during a migraine headache. The company’s phase 2b trial certainly found the mark with 33% of the 300 mg-dosed patients and 31% of the 100 mg-dosed patients experiencing a 75% decrease in their migraines over the 12-week study. All three doses (300 mg, 100 mg, and 30 mg) met the secondary endpoint of an immediate and durable mean reduction in migraine days from baseline.

Right now, Alder’s lead drug has moved into pivotal phase 3 studies known as PROMISE 1 and PROMISE 2. Both trials have a primary endpoint of a mean reduction in migraine days from baseline between week 1 and 12. It’s worth noting that the migraine field is getting a tad more crowded with Eli Lilly‘s lasmiditan, which was acquired by purchasing CoLucid Pharmaceuticals earlier this year, hitting the mark in the more than 2,200-patient phase 3 SAMURAI study for migraine headache pain.

The other relevant clinical product is clazakizumab, which is licensed to Vitaeris and currently being examined in midstage trials as a possible treatment for rheumatoid arthritis and psoriatic arthritis.

For the time being, Alder’s hopes rest with its migraine drug.