Brian Feroldi (TMFTypeoh)
The year 2016 is shaping up to be a rough one for biotech investors. The SPDR S&P Biotech ETF, an exchange-traded fund that holds a wide variety of biotech stocks, is down 13% year to date. That badly lags the returns of the S&P 500 which is up 6.5% over the same time period.

That gap is creating a buying opportunity for investors who are willing to invest against the grain, so we asked a team of Motley Fool healthcare contributors to share a biotech stock they think is a compelling investment right now. Read on to see which stocks have them the most excited.

This cancer stock is on the upswing

George Budwell: Although shares of the mid-cap cancer stock Exelixis (NASDAQ:EXEL) have more than doubled over the past year, this biotech remains a compelling buy for a couple of reasons.

First off, the commercial launch of Exelixis’ newly approved advanced kidney cancer drug Cabometyx (cabozantinib) has gotten off to a blistering start, hauling in $17.6 million in net product revenue in just the first nine weeks on the market. That’s especially encouraging given that analysts and investors alike were deeply concerned that Bristol-Myers Squibb‘s rival therapy Opdivo would dampen Cabometyx’s commercial launch for this indication.

Perhaps the bigger issue, though, is that Cabometyx’s strong start could lead the company to become cash-flow-positive by late 2017. And with a growing cash position that should top $400 million before the end of this year, Exelixis appears on the verge of taking the next step in its evolution by pursuing value-creating acquisitions or licensing deals to broaden its clinical pipeline. All told, this cancer specialist is starting to get on its feet from a financial standpoint, setting it up for sustainable, long-term growth.

Brian Feroldi: It’s been a rough couple of months for almost every biotech stock, but Regeneron Pharmaceuticals (NASDAQ:REGN) has been treated far worse than average. Shares are currently down about 28% since the start of the year, despite the fact that revenue and profits at the company continue to grow quickly. The bargain price and the impressive financial results make for a compelling combination, which is why I think this stock is a great candidate for buying right now.

Regeneron’s blockbuster eye-disease drug Eylea continues to be the crown jewel of its portfolio. Sales of this multibillion-dollar drug continue to grow rapidly around the world, which helped to push the company’s overall revenue up by 21%. Those even made it all the way to the bottom line as non-GAAP EPS grew by an even stronger 24%. And yet, despite the growth, shares ended up falling on he news.

Why the disconnect? One reason is that analysts had expected slightly better top-line growth. In addition, Regeneron’s newly launched cholesterol-busting drug Praluent continues to suffer from a painfully slow start. Sales only reached $24 million during the quarter, which is a drop in the bucket compared to its long-term potential, causing some to fear that the drug is a dud.

However, long-term cardiovascular-outcomes data still isn’t available on Praluent yet, which is likely keeping many healthcare providers from recommending the drug. Once that data becomes available, we’ll know whether Praluent can prevent heart attacks or strokes. If it can, then sales are likely to explode.

Thankfully, the bull thesis for Regeneron isn’t entirely dependent on the success of Praluent, as it has two exciting drug candidates that are currently pending a U.S. Food and Drug Administration review. The first is sarilumab, a potential treatment for rheumatoid arthritis. An FDA decision is expected on Oct. 30, and if that goes well, some analysts see peak sales in excess of $1 billion.

The second drug is dupilumab, a hopeful treatment for atopic dermatitis. This drug’s peak sales forecasts run as high as $4 billion, and a regulatory decision is expected in the first half of 2017.

If everything goes according to plan, Regeneron could have four blockbuster drugs on the market within a year. Despite that huge growth potential, shares are only trading for about 28 times next year’s earnings. That’s a good value for a company with so much growth potential, so I think now is a great time to join me as a shareholder in this long-term winner. 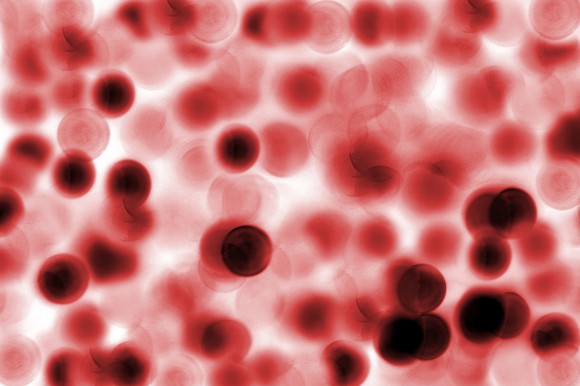 Cory Renauer: Last month, I picked Portola Pharmaceuticals (NASDAQ:PTLA) as my top biotech stock for August. The clinical-stage biotech was expecting a big decision from the FDA for a much-needed antidote that quickly reverses the effects of increasingly popular oral anticoagulants known as factor Xa inhibitors.

Instead of earning the widely expected approval for its unique factor-Xa anticoagulant antidote AndexXa (formerly andexanet alfa), the beleaguered biotech received something much worse: a complete response letter (CRL). When the FDA isn’t satisfied with a new drug application — or, in this case, a new biologic application — it issues a CRL that outlines why it didn’t grant approval and what must be done before the manufacturer can submit its application again. When the FDA handed Portola a CRL instead of an approval, the market hammered the stock more than 20% lower.

The contents of these letters are confidential, but Portola is a relatively transparent biotech. At the heart of the matter is Portola’s misunderstanding of the expedited review the FDA granted AndexXa. The new drug application was largely supported by data for the most popular oral factor Xa inhibitors, Eliquis and Xarelto.

The barriers to approval for Portola’s much-needed drug, which should hit the ground running, appear minor. If you didn’t buy in the last time around, I think AndexXa’s chances of success are as strong as ever. A recently knocked-down price makes Portola Pharmaceuticals the best biotech stock to buy in September.