All eyes are on energy stocks as many boast solid fundamentals and oil and gas prices are rising. However, it wouldn’t be prudent to chase these stocks in this overbought environment.

Consequently, the time is just right to look for under-appreciated investment opportunities in energy. Here are three good picks. 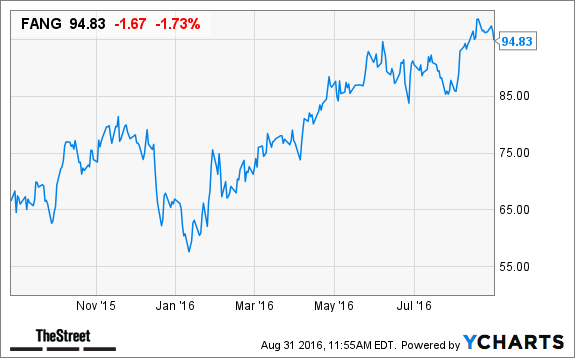 SMALL INVESTMENT, BIG POTENTIAL. TheStreet’s Stocks Under $10 has identified a handful of stocks with serious upside potential. See them FREE for 14-days.

With little debt and a turnaround in earnings-per-share (EPS) growth expected next year (ending December 2017), Diamondback shares have gained over 47% year-to-date. While others think there is no more steam left for a rally in the stock, Diamondback Energy could rack up even more gains because of perky short-term momentum and positive activity on the earnings estimate revisions.

Analysts have a median estimate of 10% appreciation in stock prices over the next 12 months. Furthermore, Diamondback Energy shares trade at 27 times EV/EBITDA compared to Cabot Oil (30 times) and Parsley Energy (31.47 times). Diamondback Energy has set the table for outsized gains in this still risky broader market. 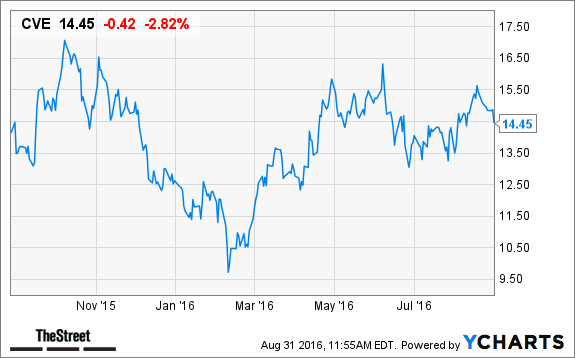 Founded in 2009, Cenovus is a developer of one of Canada’s most valuable resources: oil sands. The company maintains a strong focus on creating wealththrough the development of its vast oil sands assets in northern Alberta. It also has established conventional natural gas and oil production in Alberta and Saskatchewan and 50% ownership in two U.S. refineries.

STOCKS TO BUY: TheStreet Quant Ratings has identified a handful of stocks with serious upside potential in the next 12-months. Learn more.

Along with Saudi Aramco and Valero Energy, Cenovus is in the race to buyLyondellBasell‘s refinery in Houston. Because Cenovus does not have refineriesin the Gulf Coast, the Houston refinery can bridge that gap.

This positive thesis is built on the expectation that the oil market recovery is occurring and oil prices are set to hit $80 per barrel, according to Raymond James & Associates estimates. Such a recovery would help Cenovus mark a turnaround in earnings next year and clock growth in sales.

Cenovus trades at an attractive 18.15 times EV/EBITDA versus peers active in Alberta like Imperial Oil (21.9 times) and ConocoPhillips (21.85 times). 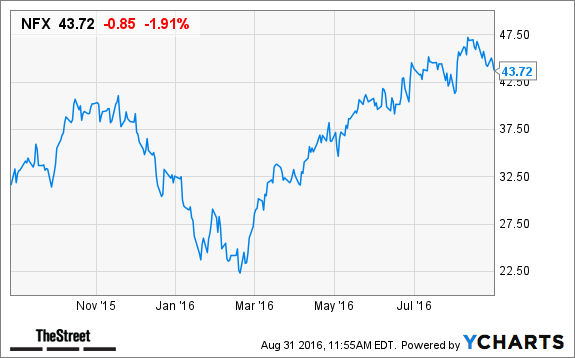 Newfield Exploration, which is focused on domestic, liquids-rich resource plays, is expected to thrive through the current downturn helped by its robust balance sheet, bountiful financial liquidity and strong hedge book, according to Williams Capital.

Most of the company’s proved reserves are located onshore U.S. It has even smartly got rid of unconventional assets. In August, Newfield Exploration agreed to sell all of its Texas assets for a combined $390 million in two separate deals.

SMALL INVESTMENT, BIG POTENTIAL. TheStreet’s Stocks Under $10 has identified a handful of stocks with serious upside potential. See them FREE for 14-days.

Newfield has already raised its 2016 production outlook, citing sturdier performance from existing assets and the recently acquired buys in the Anadarko Basin STACK play. The bullishness is even reflected in its earnings estimates for next year, pegged at over 60% growth.

Up 37% YTD, Newfield shares are still at a discount to Permian Basin players. The stock trades at less than 18 times EV/EBITDA compared to Permian players likePioneer Natural Resources (27 times), Cimarex Energy (25.9 times), Clayton Williams Energy (27.7 times) and RSP Permian (22.8 times). Some analysts have a price target of $65 per share, representing an upside of 44%.

A blistering financial storm is about to hit our shores. When it hits, weak companies and their investors will be washed away. You need to put yourself on solid ground. And that doesn’t just mean changing your investment allocations or loading up on cash. I’ll show you how to protect yourself and prosper when you click here.

You see Jim Cramer on TV. Now, see where he invests his money. Check out his multi-million dollar portfolio and discover which stocks he is trading. Learn more now.