You’ve probably heard that new-vehicle sales are reaching this cycle’s peak — and that has investors running out of automotive stocks quicker than Usain Bolt finishes a race. But there’s much more to the automotive industry than major automakers, which are more directly affected by a plateauing sales market. Here are three of the best automotive stocks to buy right now that you’re probably unfamiliar with: Carvana Co. (NYSE:CVNA), Delphi Automotive (NYSE:DLPH), and Ferrari (NYSE:RACE).

Nobody likes buying cars until they’re driving off the lot, and one look at Carvana Co.’s vending-machine concept is a sight for sore eyes. The concept is intriguing, and it’s quite a breath of fresh air in the ancient auto-sales business model that’s ripe for some kind of spark, excitement, or disruption. But will it catch on? 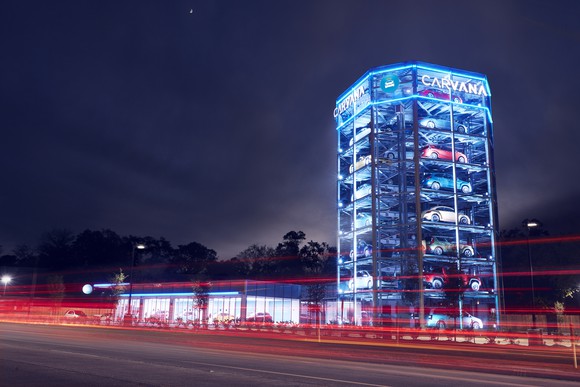 Carvana’s automobile offerings have no reported accidents and are required to pass a 150-point certification process. The buying process itself is simple. You can take a 360-degree virtual tour of the car, use Carvana’s website to buy and perhaps finance from a distance, and even have the car delivered — or you can visit one of its vehicle vending machines. Carvana will go so far as to pay $200 toward your flight to pick your car up if you live out of the machine’s area. The icing on the cake is a seven-day money-back guarantee, to help ease the worry of purchasing a big-ticket item this way.

One concern for owning shares in this young company — it recently posted its first quarter as a publicly traded entity — is that declining used-car prices could weigh on industrywide prices, new vehicles included. That could pressure the company’s not-yet-profitable bottom line. But one thing is for sure: The concept is intriguing, and it’s working well initially. As the company rolls into new markets, good things should be in store for investors despite a plateauing U.S. market.

One of the beautiful things about owning shares of a parts supplier is that its potential isn’t as hampered by a peaking cycle. Sure, it has some impact, but suppliers that position themselves well for the long-term trends of the auto industry will thrive regardless. Delphi Automotive has spent years adapting to the rapidly evolving automotive industry by shedding lower-margin businesses and focusing on product segments that will excel faster than the industry’s growth itself. 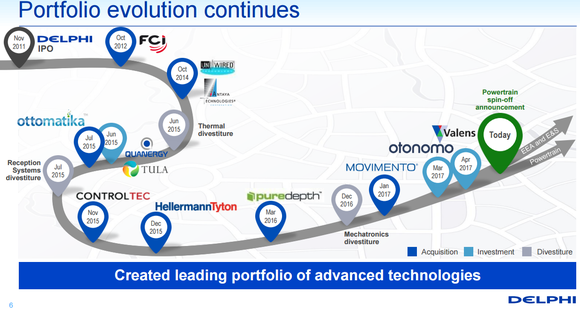 Basically, management has positioned the company in business segments such as safety, which we know is increasingly important to consumers; electrical architecture, which makes sense as our cars are becoming more connected to our digital lives; and engine management to take advantage of increasingly stringent fuel-economy standards. But what makes Delphi even more enticing to investors is its recent move to focus on driverless-vehicle technology, something that’s poised to reshape how we view and use the automotive industry over the next two to three decades.

In early May, Delphi announced it would spin off its powertrain business segment, which generated $4.5 billion revenue at 15.7% adjusted EBITDA margin levels. The remaining Delphi company will now focus on electronics and safety and electrical architecture to better serve end-to-end solutions for advanced safety systems and autonomous driving, among others. Those two business segments combined for $12 billion in revenue in 2016 at adjusted EBITDA margins of 17.6%. So this spinoff leaves investors the ability to invest in a pure autonomous-vehicle technology company that boasts higher margin and will ride a catalyst over the next two decades. Who cares about a peaking automotive sales cycle now?

One way to own a Ferrari

Many of us won’t ever be in a position to own a Ferrari, but that doesn’t mean you can’t own a piece of the company. After Fiat Chrysler Automobiles (NYSE:FCAU) spun off Ferrari to generate badly needed capital to help fund its company turnaround, it gave investors a unique way to play an ultra-luxury angle of the automotive industry. Here’s why Ferrari is one of the best automotive stocks to own right now. 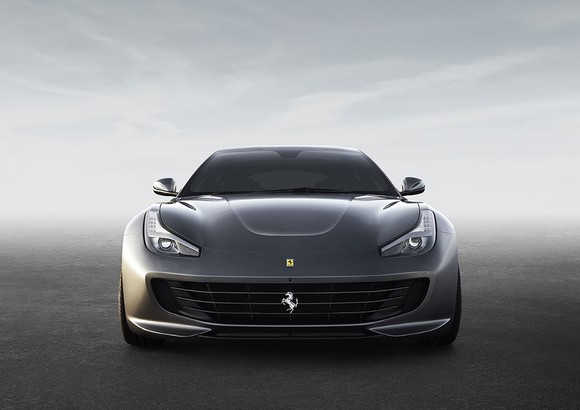 First, if you’re worried about owning a manufacturer amid a sales plateau in the U.S. market, that’s not an issue with Ferrari. Simply put, the automaker doesn’t want to sell that many more cars anyway. One of the prime concerns for the company is to protect its elite brand image and the exclusivity of owning its cars, which help maintain both ridiculous price tags and margins. In fact, last year, Ferrari’s adjusted EBITDA margin was a staggering 28.3%. That’s almost three times what Detroit’s two largest automakers average in their most profitable market, North America.

And one thing Ferrari has that other automakers drool over is a global brand that’s backed with a track record of success in Formula One racing. That history and image is something high-net-worth individuals pay for, and as the number of those individuals increases globally — I’m looking at you, China — Ferrari is poised to expand its top-line sales without diluting its brand.

Essentially, Ferrari offers one of the few ways, if not the only one, to invest solely in an ultra-luxury automaker that generates ridiculous margin off the backbone of its racing heritage. So what if the North American sales market is peaking? Ferrari doesn’t want to sell too many cars anyway, which makes it a really smart auto investment right now.