While you should always be putting money away toward your retirement and not bet it all on just one company, there are some stocks that became 100 baggers had you invested with them from the beginning and held on through thick and thin. There’s a reason long-term buy-and-hold investing is the secret to the performance of legends like Buffett and Lynch, and why Electronic Arts (NASDAQ:EA), Netflix (NASDAQ:NFLX), and NVIDIA (NASDAQ:NVDA) have been market standouts achieving that remarkable milestone. 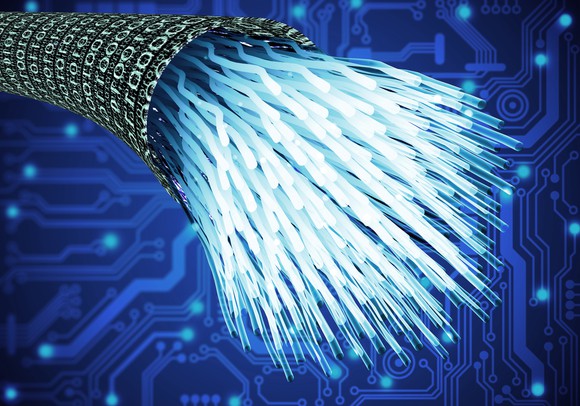 There’s a common theme that runs through each of the three companies above that have handily returned 10,000% or more over the past few decades. While Electronic Arts, NVIDIA, and Netflix are and were leaders in their respective industries, it was really the advent of the internet and how people consumed entertainment that really spurred each to new heights.

Renting movies by mail had served Netflix well since its founding, but streaming video threatened to crush it, reminiscent of what happened to Blockbuster and other physical media retailers. While transitioning its business to the new format was not without controversy, as its decision to bifurcate its two divisions and charge separately for them attests — let alone the difficulty it had in securing rights to movies from the studios — Netflix’s bold move to enter into content creation would be the deciding factor in its explosive growth.

It was Netflix’s effort “to become HBO faster than HBO can become us” that heralded the change into the company we know today. The debut of the original House of Cards series in February 2013 marked the transition, and in the first three months of that year, Netflix had added 2 million new subscribers to hit 29.2 million members in the U.S. and over 44 million total. Four years later, it reported having 50.9 million streaming memberships just in the U.S. and almost 99 million memberships worldwide. It expects to hit almost 102 million total members this quarter. 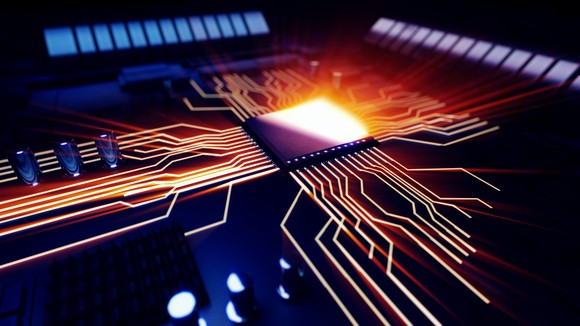 Seeing that its business was changing, Netflix not only changed with it, but adapted to the new conditions so that it was competing directly against the movie studios. This has allowed Netflix to become a juggernaut.

Similarly, chipmaker NVIDIA dominated the graphics chip market for gaming early on, and while it continues to put distance between itself and Intel and Advanced Micro Devices, it also has its fingers on the pulse of other technologies that are now coming to depend on the massive computing power its chips possess.

It’s no longer just gaming that interests NVIDIA, but it is now also involved in the Internet of Things, virtual reality, artificial intelligence, machine learning, and self-driving cars. The depth and breadth of the graphics-chip maker’s portfolio gives it a huge competitive advantage over its rivals as its GPUs drive to the core of the future. Making computer chips might be nothing like making movies, but seeing where your industry is heading and then getting in the forefront is a great move for any business.

And that’s why Electronic Arts has been so successful, too. It’s had a decade longer to run up the score, but the video-game maker also suffered a collapse several years ago that left it seemingly dead in the water. It was voted the worst company in America two years in a row by readers of The Consumerist until a new CEO took over, coincidentally in 2013. 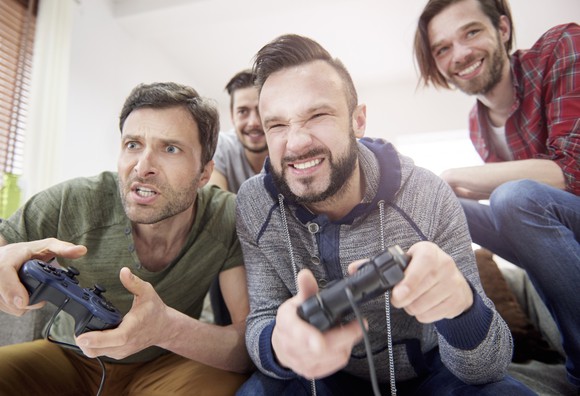 EA wasn’t releasing innovative titles, was charging for extra features, and was generally ignoring feedback from its customers. What CEO Andrew Wilson did was begin pre-releasing titles, gathering insights from game players, and then releasing the improved titles to the market, often to a massive, positive reception.

It has also had to change how its customers use its titles. While console games are still the primary way it makes money — nearly two-thirds of its revenues come from Microsoft‘s Xbox One and Sony‘s Playstation 4 — it’s the digital purchase of its games and not physical cartridges that are now essential to its future, accounting for almost $2.9 billion of its total $4.8 billion in revenues.

Looking for the next 100-bagger

Knowing ahead of time which companies will be the ones to generate 10,000% returns over the decades to come is obviously impossible, and at times, it can seem like a lost cause to hold onto a company that tumbles as its industry changes. However, by selling off when things look bleak, investors would have missed out on the pivot Netflix, NVIDIA, and Electronics Arts all made. In the end, as always, it comes down to buying quality companies with visionary leaders and a competitive edge, and then holding on for the long term.

Watching and waiting as companies transform themselves while their industry changes will help you see your retirement portfolio transform as well.