One subset of stocks that gets put under the microscope more than any other is those owned by billionaire hedge fund owners. Investors looking to ride the coattails of these hedge funds will watch every move, and much of their investment theses will be based on whether or not the companies are owned by these effective stock pickers.

Recently, billionaire hedge fund owners have been fleeing from Suncor Energy (NYSE:SU),Transocean (NYSE:RIG), and Wal-Mart Stores (NYSE:WMT). Does that mean it’s time for you to dump these stocks as well? We asked three of our contributors that very question. Here’s what they had to say. 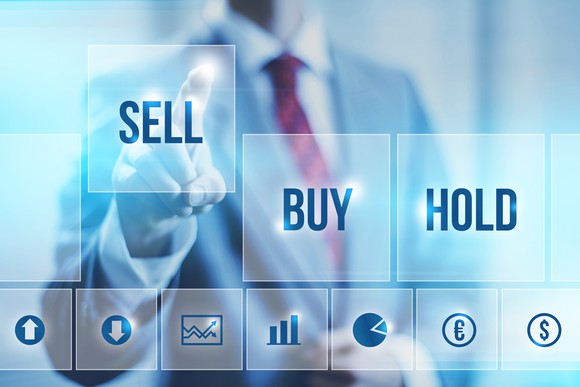 Berkshire moving on from Canadian oil looks like terrible timing

Jason Hall (Suncor Energy Inc.): According to the same recent SEC filing disclosingBerkshire Hathaway‘s (NYSE:BRK-A) (NYSE:BRK-B) partial Wal-Mart sale, Warren Buffett’s company also sold off its entire stake in Canadian oil producer and refiner Suncor Energy. However, instead of trying to divine why Buffett (or, more likely, either Ted Weschler or Todd Combs) sold off the rest of Suncor last quarter, I’ll describe why the move looks to have been pretty poor timing in terms of Suncor’s prospects.

If you follow oil markets closely, then it’s no secret that low oil prices have been especially hard on many Canadian oil producers. This is particularly true for more recently developed oil plays that don’t have pipeline infrastructure and must rely on costly crude-by-rail to get product to market. Add in the impact of a recent forest fire, which interrupted both production and distribution from major oil sands producers, and it’s been a very tough couple of years.

Still, Suncor is actually in a position of relative strength right now. Over the past year, it has made several moves to improve its output and lower operating costs, securing a majority stake in a major oil sands joint venture, selling off interests in noncore assets, and positioning itself to participate in a potentially huge offshore project in the North Sea. At the same time, the company’s refining segment continues to provide stability and steady operating cash flow, absorbing much of the downside of what has been a very weak oil market.

Factor in OPEC’s major move to take 1.2 million barrels per day of oil off the market, and now a non-OPEC group of countries committing to join in the cuts, and Suncor’s moves have the company positioned to reap huge gains on higher oil prices over the next year.

Add it all up, and Berkshire’s decision to sell doesn’t look like a good reason to avoid Suncor right now.

Not every stock is sold because it’s a bad investment

Tyler Crowe (Transocean): Late last quarter, Carl Icahn announced he was trimming his position in rig owner Transocean by 75%. He said he was doing so for tax purposes, and that he still had confidence in management, so we can’t really say that this was a vote of no confidence in the company. If Icahn was selling this position in order to reap a tax gain on the realized loss, then it was probably a good time to do so.

Icahn disclosed his initial purchase of Transocean in January 2013. It’s pretty much been downhill from there, as the company’s stock price has declined more than 70% since that time. 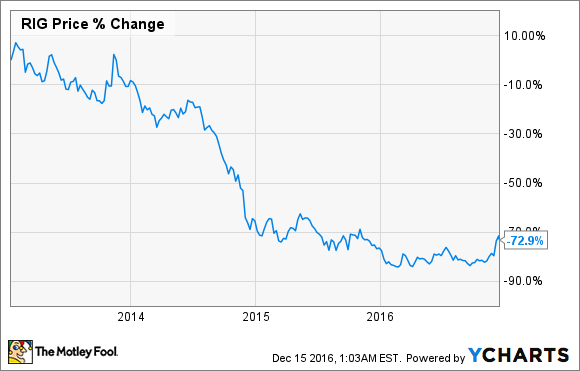 The relationship between Icahn and Transocean hasn’t always been an amicable one. Within months of announcing his stake in the company, Icahn was looking to make major changes, including adding his own people to the board, increasing its dividend, and stopping the use of cash flow to pay down debt.

Hindsight being what it is, it was probably for the better that the company didn’t heed too much of Icahn’s advice, since the oil market was only a year away from cratering when he was advocating for sending so much cash flow back to shareholders instead of into the business. One of the big differentiators for rig companies during this downturn has been a strong balance sheet.

As far as getting out for tax purposes, his exit couldn’t have come at a better time, because the company is starting to look stronger and stronger. As many of its older rigs have gone off contract, the company has retired those rigs and has left itself with a much more modern fleet that will be much better suited to meet the needs of exploration and production companies in the coming years. With the oil market back on the upswing, Transocean is looking like it has a chance to recover well in the coming years.

Tim Green (Wal-Mart Stores): Warren Buffett’s Berkshire Hathaway has been selling shares of retail giant Wal-Mart all year. Berkshire still holds a meaningful stake in the company, valued at nearly $1 billion as of Sept. 30. But that’s down from around $5 billion at the end of 2014.

While it’s impossible to say for sure why Buffett is selling, he might be second-guessing the sustainability of Wal-Mart’s competitive advantages. E-commerce sales continue to grow far faster than total retail sales, and Wal-Mart has been forced in recent years to make major investments in an effort to compete with Amazon.com. The $3.3 billion acquisition of Jet.com earlier this year was an expensive reminder that Wal-Mart is lagging behind the e-commerce giant.

There’s hope for Wal-Mart yet. The company is pushing its online grocery service, allowing customers to order online and pick up their groceries at Wal-Mart supercenters for free. A convenience store concept that has a dedicated online grocery pickup lane is being tested in a few locations, and new online fulfillment centers are being built. Wal-Mart is starting from behind, but it’s clear that the company is taking e-commerce seriously.

Competing with Amazon will be expensive, and that may be the main reason Buffett is dumping his stake. E-commerce is eroding the moat Wal-Mart has built over the decades. Wal-Mart certainly has the potential to succeed in e-commerce and effectively compete with Amazon, but it’s far from a sure thing.