I was enduring another dreary drive this past weekend on the notoriously congested Washington, DC Beltway when my “fuel empty” light started flashing. Did I have enough gas to get home or should I pull over at the first exit and fill up?

My 2010 Volvo S-40 can travel about another 30 miles at highway speed on an empty reading before the car stops dead, so I had time to get back to my neighborhood. But it got me to wondering: How much farther can this overvalued bull market run on fumes?

You can still find bargains, though. Below, I highlight a little-known, small-cap technology stock that’s a great buy amid the overbought tech darlings. I’ll get to my stock recommendation in a minute. But first, let’s examine the epitome right now of overrated tech stocks: Snap (NYSE: SNAP).

Must be a millennial thing… 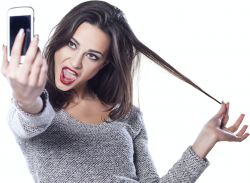 The much-ballyhooed Initial Public Offering (IPO) of Snap (NYSE: SNAP), owner of the mobile phone chat service Snapchat, began trading on the NYSE last Thursday and jumped 44% to $24.48 after the IPO was priced Wednesday night at $17 per share.

The concept behind Snapchat is that pictures and messages are only available for a short time before they become inaccessible. The Snapchat app has (predictably) fueled the fad of sharing sexy selfies.

Must be a millennial thing, because I fail to see how this technological capability makes Snap worth $31 billion. And besides, the company isn’t making any money. In fact, according to the company’s S1 filing with the Securities and Exchange Commission, Snap lost $514.6 million in 2016.

I advise you to avoid Snap; it’s a risky and unproven company.

Snap’s dizzying ascent reminds me of the recklessness and wishful thinking we experienced leading up to the busting of the Dot.com bubble in 2000. Back then, many tech companies with neither earnings nor revenue were sporting astronomical valuations. The Snap IPO is a classic red flag that this market is frothy and heading  for a correction.

A surer path to rapid profits… 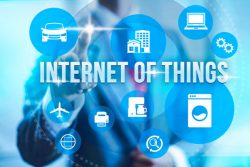 If you want to ride a relatively safe small-cap “rocket” in the tech sector, consider Digi International (NSDQ: DGII), a leader in the hot trend of the Internet of Things (IoT).

Based in Minnesota, Digi International is located far from Silicon Valley but it’s poised to beat the familiar tech giants at their own game.

Founded in 1985, Digi is the pioneer in the creation of devices and platforms for IoT. The company’s iDigi Manager is the world’s first ready-to-use “cloud” computing platform for IoT and net­work management.

Cloud computing represents the accelerating convergence of several previous networking technologies, making it a natural fit for IoT. The cloud allows orga­nizations to enhance IT capabilities without creating infrastructure, hir­ing new personnel or buying software. Digi’s product uses the cloud to weave all of these IoT communications strands into an integrated, cohesive network.

With a market valuation of only $334 million, Digi is a small cap in a year when the “small fry” are expected to outperform.

Over the past 12 months, Digi’s stock has gained more than 43%. The company’s modest valuation confers greater upside potential than larger and less IoT-focused rivals such as Oracle (NYSE: ORCL), Intel (NSDQ: INTC), IBM (NYSE: IBM), and Cisco Systems(NSDQ: CSCO). However, Digi still is big enough to withstand the market turbulence that’s expected in 2017.

Every portfolio should contain growth technology stocks and small caps; Digi International provides exposure to both.

But there’s an added appeal and if you’re an opportunistic investor, it should make you salivate: Digi would be a logical acquisition for a tech titan that’s involved in IoT. 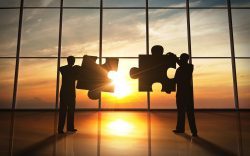 Jim Pearce, Director of Portfolio Strategy at Investing Daily, explains the benefits of synergistic mergers and acquisitions (M&As) in the tech sector. Think of it as fitting together the pieces of a puzzle:

“Even the biggest tech companies must acquire outside resources to remain competitive. Microsoft’s decision to buy LinkedIn is an example of this need to evolve, which we call ‘innogration.’

But deals made between two large companies are rare; far more common are big companies buying little ones, usually to minimal media fanfare, as the acquired company is often so small that few investors are affected.”

If Digi gets acquired (and there have been rumors), investors would reap a windfall. Jim Pearce consistently screens the tech sector for possible takeover targets and alerts readers when movement is imminent; we’ll keep you apprised of the latest small caps that are likely to tempt the deep-pocketed big boys.

And keep in mind, President Trump’s tax policies are likely to fuel M&A activity in the tech sector. His promise to make it easier for cash-rich tech firms to repatriate money parked overseas would result in the deployment of those resources for corporate marriages. When an entrepreneurial company is absorbed by a blue chip, it makes innovation, well, a snap.

Got any questions or feedback? Send me an email: mailbag@investingdaily.com — John Persinos